Happy Thanksgiving from one bird to another. Thanks for following ClassicFast!

When I think about the sixties, the first car that comes to mind is the Ford Mustang. There are so many great examples of re-imagined Mustangs from that era but I found a great one over at Classic Recreations. For a cool $149,000 they offer a beautiful variant of a 1967 Mustang convertible. The Shelby G.T.500 CR 545 Convertible is breathtaking in both presence and power. The details of craftsmanship are evident on their website and I’m sure it does no justice for the feeling you get seeing this car in person. It’s 427 C.I. crate engine pushes 545 horsepower through a Tremec transmission, down to the Z-rated performance tires wrapped around Shelby 427 wheels. I’d love to drive one of these. For now, I’ll just stare in wonder.

So for about three weeks I’ve had an infatuation with the ’80s version of the Jaguar XJS V12.  I saw one (think it was an ’86) parked on the street in burgundy red and was just a bit smitten.  It sparked an interest and I’ve been hitting up the search boards and ebay since then.  Turns out you can grab up one of these luxury rides for under $10k and they are just as stylish now as they were then.  Upon further research I even found the Lister version of this car that pushes over 480bhp and can be had for between $40 – 60k.  There aren’t many cars this rare as Lister only produced 90 special tuned XJS in 1989. The Car reportedly hits 200mph and you don’t see that often for this amount of coin.  I’d opt for the less affordable pedestrian XJS V12 but if you are a collector and want to add an absolute beast to the stable…this may be a cool and cost-effective way to do it.

Investment or Collection- What’s the difference? 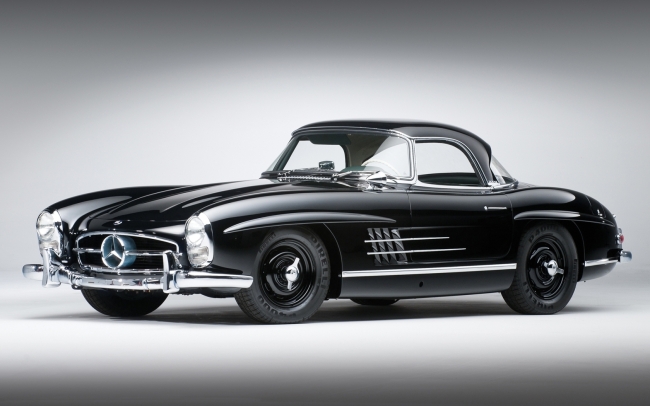 Steve Linden wrote a great piece in Newsday about the difference between collecting and investing in classics.  Is it driving out some car lovers who just want to own one of these beauties?  I think it may just be.  I bought my first car, a 1970 Barracuda 318 for $3300 in New Hope, PA.  I had to junk it when I pierced the gas tank during a repair.  Back then (in 1995) there was little to no interest in these cars. Of course I kick myself daily for this but if I still had the car it would probably be worth $15-20k. It was impeccable. No pedestrian car enthusiast with a family and responsibilities has that amount to drop on a weekend car. So what happens when the ordinary cars start to enter the stratosphere when investors show up?  Hopefully they’ll just stick to their Ferraris and Mercedes SL300s.

NaturalMotion is a social gaming company based out of Oxford, England.  They have created two of the best racing games available for iOS users.  CSR Racing and CSR Classics are drag-racing games that are so deep and entertaining, you can play for hours and not know where the time went.  Iconic cars I’ve blogged about like the BMW 507, Lancia Stratos and Nissan Skyline 2000 are all in the CSR Classics version.  There is a great mix of both American and foreign cars in both versions of the game.  Hundreds of customizing options are there for some fun (and strategic) tuning. One knock on the game  is that you have to wait for your fuel to regenerate to race again.  For anyone who loves cars and has an iPad or iPhone, this is a must-have app! 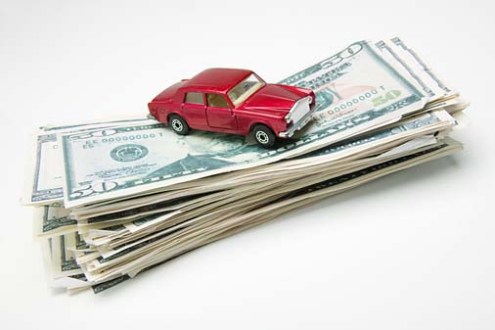 Morgan Korn over at Yahoo! Finance wrote up a great piece (with video) on how classic cars have become one of the best alternative investments on the market.  Check out Morgan’s article.  Makes me wish I had enough dough to run out and buy a few of my own.  If I did, my first purchase would probably be a vintage ’70 Nissan Skyline GT-R or a ’72 BMW 2002.  On the American side, I’d shoot for a stock ’65 Ford Mustang 289 V8 hardtop in black.  For now I’ll just stick to writing about them.

I was one lucky kid growing up. My father was in the auto body business and loved to change up his car every couple years. He restored a ’55 and ’57 Thunderbird, a ’65 Mustang convertible and a ’64 Plymouth Valiant Signet Convertible to name a few. My own first car was a ’70 Barracuda 318! (would kill to have that one back) We also have a great collection of model cars from kit makers all around the world.  That was my real baptism into classic cars. The collection had me learning names like Fiat F2, Lancia Stratos, Renault Alpine, Ferrari 275, Nissan Skyline and Porsche 935 long before my buddies started playing Gran Turismo on their Sony Playstations. I’m glad to have been able to learn of all the legendary imports at an early age…not to mention the countless American muscle classics.  I’m still so curious about so many cars. I know this blog will keep my spark hot.  This is my way of giving my Dad a big thanks in the early stages of my work here at Classic Fast.  He is the one that got me started. Thanks for reading y’all!

This entry was posted in Model Cars.

Let’s go back to the 50’s today huh? We can take a look at so many rides that fit the bill of a true classic but I’d like to look at one that is on the rise with collectors around the world. The BMW 507. It was BMW’s american influenced beauty that stuck a 160-HP V8 down into an all aluminum (yet very heavy) body. Despite it’s stunning looks the car never took off in America, mostly due to it’s price tag of over $9,000. It later became BMW’s inspiration for the Z8. Elvis Presley once owned one of these cars and swapped out the engine for a Ford Windsor 289 V8. These cars now fetch close to $900,000 at auction but I think that’s not it’s ceiling yet.

You can go on and on about 1965.  What was new that year?  Not much…just the Chevy Caprice…the birth of the Mustang (and Shelby Mustang).  Really?  One that gets a bit lost in that huge year for automotive history is the 1965 Buick Riviera GS.  The Super Wildcat Dual Quad 425 CI engine put out 360 HP and had power everything.  Talk about a nice car all around?  At all angles this thing is amazing.  One of the gripes is that the interior is a bit sleepy.  More comfort that sport.  They are out there and can be had for around $45-50k.  Just classic.

This entry was posted in Buick and tagged 1965, Buick, Classic Cars, Riviera. 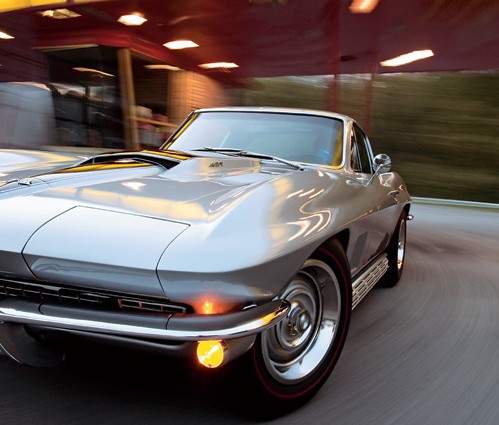 This entry was posted in Chevrolet.